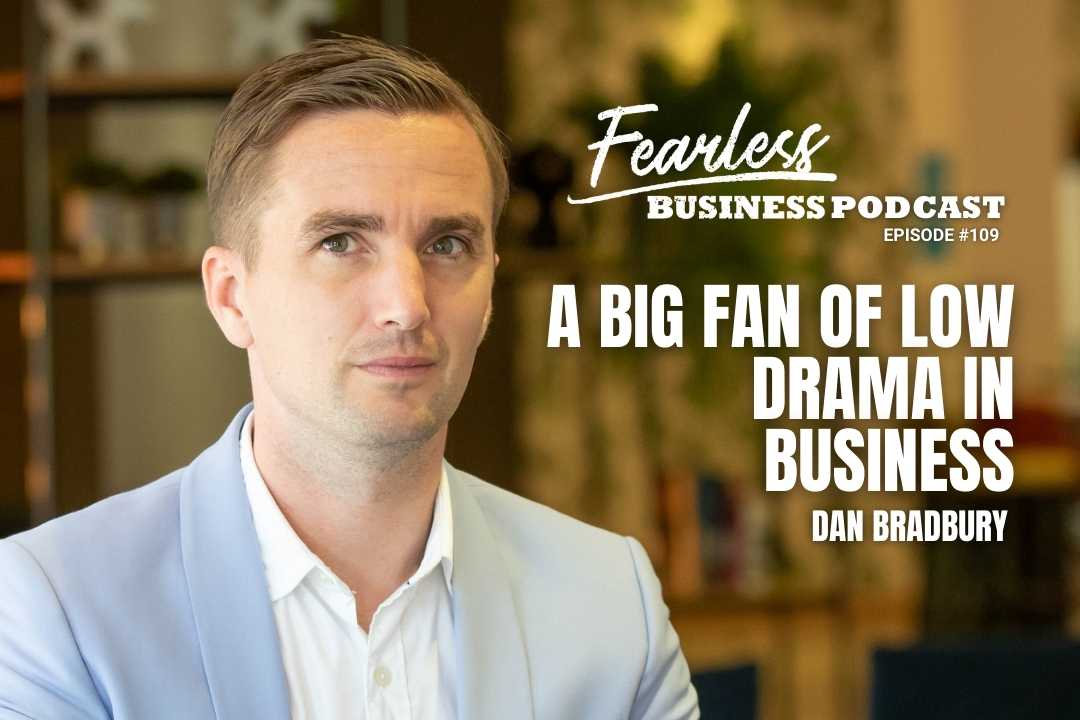 A bit about my guest on today’s episode

Dan Bradbury is the owner of a private equity group and his primary focus is as an investor who specialises in taking companies already producing multiple six figures in revenue and accelerates their growth to over 10 million.

His love of numbers and finances is what sets him apart and allows him to find the hidden assets and weaknesses within the businesses that he invests in and the business owners that he consults.

He started out with nothing and built himself up from the ground up. Dan has over 15 years of business experience in a huge range of industries. He has founded, built and sold two companies for seven figures and has invested in over a dozen other companies on top of the five businesses that he has purchased outright.

Dan’s speciality is maximising the value of a business, whether it be simply to keep the business and reap the rewards or to exit the business for a big payout he has done on seven different occasions.

A Big Fan of Low Drama in Business

In this episode of The Fearless Business Podcast, host Robin Waite talks to business coach and best selling author Dan Bradbury. Here, he advises listeners on how to create “low drama” within their businesses and offers his expert advice on scaling six-figure businesses into seven-figure businesses.

Throughout his coaching career, the most common mistakes Dan has noticed with entrepreneurs can be found within their goal setting and their skillset.

When it comes to goal-setting, many entrepreneurs fall victim to getting too caught up in the outcome rather than what leads them to it. According to Dan, this causes an oversight in strategy and instead leads them into results-based thinking. This is where the “turnover is vanity; profit is sanity” mindset comes into play.

Where skill set is concerned, Dan believes many entrepreneurs fail to update their abilities when scaling their business once more. This stems from the notion that because business owners have successfully scaled their businesses previously, they can do it again using the same techniques and values they used before. When scaling his business in his twenties, Dan even fell victim to this himself.

What are the Skillsets Needed?

To scale a business to seven / eight figures, Dan learned to update his leadership skills. Unfortunately, Dan was blaming his business’s performance on his staff rather than himself more often than not. When looking back on his twenties, Dan feels he was blindsided by his ego, which ultimately hindered him in the process of scaling his business for even more success.

When realising that the problem was mainly within himself rather than everyone else in the business, Dan decided to look internally within himself and found that he needed to update his leadership skills. This was a tactic that he even implements within his business models today. As an entrepreneur, Dan holds himself accountable for everything that happens within his business, be it the good, the bad and the ugly. To be successful in business, Dan recommends that all entrepreneurs shift from external occurrences, e.g. what their staff are doing and be more internal. This form of self-development increases the chances of business success. From this, entrepreneurs will learn to become better leaders, ensuring their business runs more productively and smoothly.

What Does “Low Drama” in Business Mean?

When asked the question, “how’s life going?” Dan knows life is great when he can respond “pretty boring”. Why? Because he’s a fan of a low drama.

In business, the problem with drama is that it’s only solved via a cheque. For example, your web servers could be down, and you need to invest in an agency to get it running again, or you need to spend more on Facebook / Instagram advertisements to get your brand out there. Ultimately, spending money is stressful.

This is why Dan believes that running a sustainable business is the best way to create “low drama” in business. By this, he means being able to strategise your business in such a way that there’s no stress associated with your business when things inevitably go wrong. Once more, this goes back to goal setting in business. Entrepreneurs should aim to create a company that adds value to the world and generates them profit. This way, Dan believes entrepreneurs can fall out of the endless cycle of selling and delivering and instead focus on the bigger picture. Once Dan started to focus on the long term aspects of his business, he intends for his business to expand, grow and serve for decades to come.

The main takeaway from adopting a “low drama” lifestyle within your business is to remember that short term goals for generating profit rather than strategic goals for where your business is heading hurts you more financially in the long run.

Being Fearless Vs Being Reckless

To combat this, Dan advises redefining what it means to be fearless within business. It’s a common mistake within the entrepreneurial community to misconstrue fearlessness into recklessness.Fearlessness is defined by stepping outside your comfort zone and breaking daily habits that seem comfortable but aren’t elevating your business further. To romanticise high-risk decisions is to be reckless and Dan within the podcast emphasises this strongly.

How to Get Hold of Dan

Join our amazing community of Coaches, Consultants and Freelancers on Facebook:
>> https://facebook.com/groups/ChargeMore
And check out the Fearless Business website:
>>https://fearless.biz