How Many Types of Monitors Do You Know 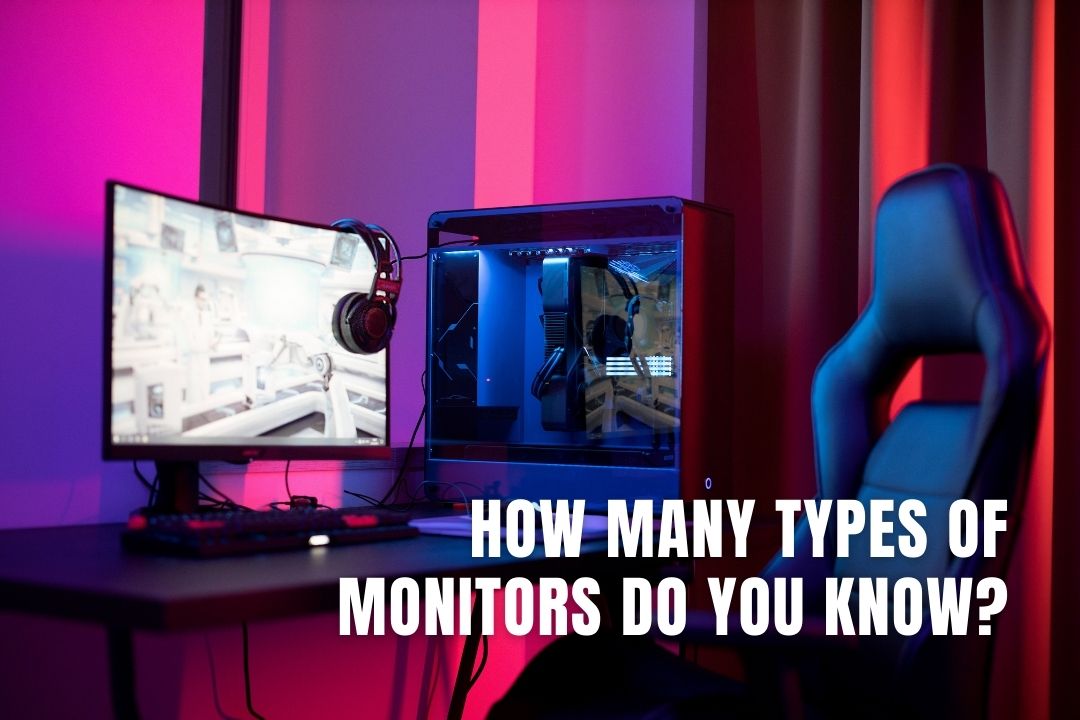 There are many different types of computer monitors, and knowing the difference between them will ensure that you get a model suited to your specific needs.

Here is a breakdown of the most common types of computer monitors. I will also be discussing the pros and cons of each type in this guide.

CRT monitors are the oldest type of monitor and use a cathode ray tube (CRT) to display images.

LCD monitors are the most popular types of monitors on the market today. An LCD monitor is made up of a number of pixels packed together to form an image. Each pixel comprises three sub-pixels, namely red, green and blue (RGB).

When these sub-pixels are illuminated by electrical current, they produce different colors. This technology is used in many other devices like televisions, mobile phones and tablets.

LCDs come in different sizes, including 19-inch, 21-inch, 24-inch to more than 50 inches’ models. The LCD screens are flat and thin, and they can be mounted on walls or used in portable devices like laptops and tablets. There are different types of LCD monitors, including TN (twisted nematic), VA (vertical alignment), and IPS panels.

LCD screens weigh less than their CRT counterparts, which makes it easier to transport them when needed.

They use about half as much electricity as CRTs do, which makes them eco-friendlier than CRTs.

They also have higher resolutions than CRT monitors, which means that they can display more information on the screen at once. LCD monitors can be used for both office and gaming. They are good as they have better color depth, contrast ratio, and brightness than CRT monitors.

A light-emitting diode (LED) monitor is an LCD monitor that uses LEDs instead of cold cathode fluorescent lamps (CCFL) to light up the screen. You will also find an impressive array of sizes and resolutions available for LED displays, which makes them a good option for multi-display setups.

Plasma monitors are a type of display that uses gas or plasma to illuminate pixels in a monitor.

The use of plasma displays is not limited to computer monitors; they're also used in televisions and other consumer electronics devices.

Plasma monitors are available in both flat and curved monitors. Curved models tend to be more immersive and offer better viewing angles than flat models, but they're often more expensive as well.

How to Buy a Computer Monitor?

You should consider the following things when purchasing a monitor:

The resolution of the screen determines how clear your images will be and how much detail they will show. Higher resolutions give you crisper pictures and better colors, but they also require more graphics processing power from your computer to run smoothly.

The refresh rate is how fast your display can update what's on its screen. Most modern monitors have 60Hz or 120Hz refresh rates, which means that they can display 60 or 120 frames per second respectively (FPS).

This makes them more responsive and smoother when playing games or using applications like Photoshop or Premiere Pro that require quick reactions from your mouse cursor.