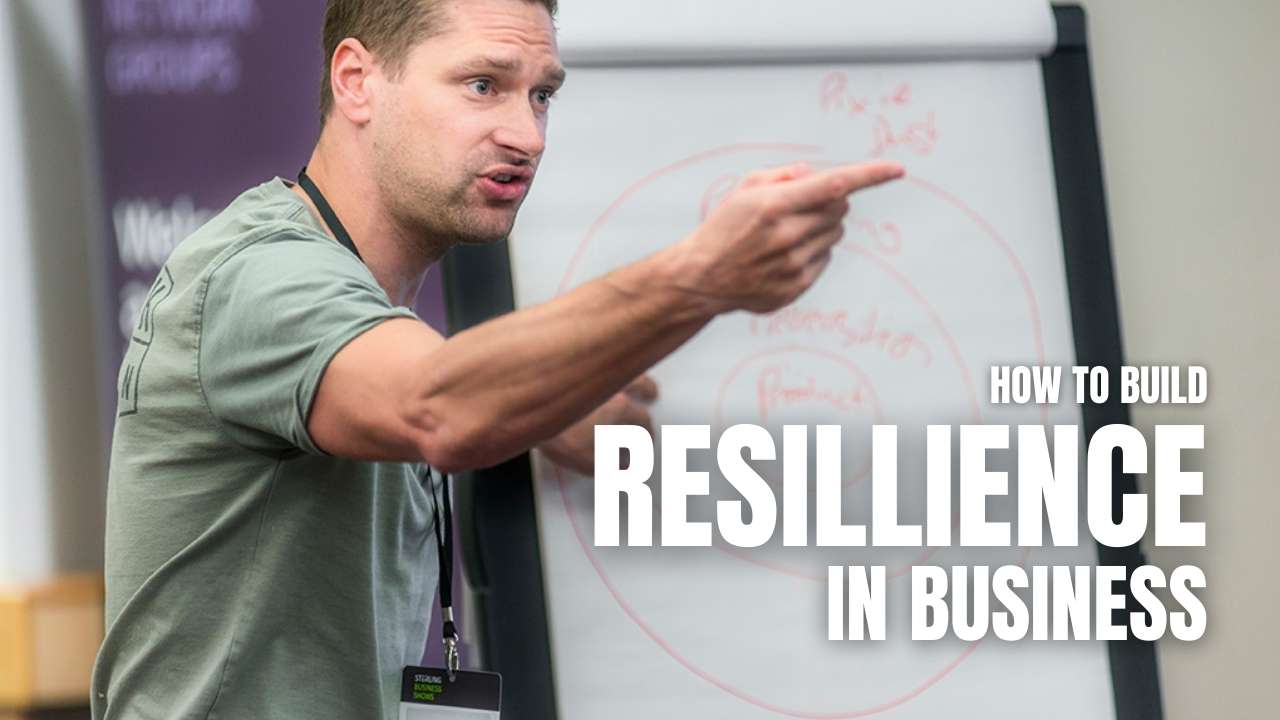 How to Build Resilience in Business - The Infinite Game

If you want to learn How to Build Resilience in Business then this short 10-minute video is for you. It's a short training I recorded for my members.

If you want to learn How to Build Resilience in Business then this short 10-minute video is definitely for you. It's a short training I recorded for my private members group, but felt that you'd benefit from it if you're wondering how to make the most out of 2021 for your business.

Don't forget to hook up with my open community group on Facebook:
► https://www.facebook.com/groups/ChargeMore

How we handle the ups and downs in business is relevant now, more so than ever with everything that's going on in business.

Most business owners see running a business as a bit like a football match. It's played over a finite amount of time, the aim is to score goals against the opposing team and the team who scores the most goals wins.

At the end of the day when the final whistle goes, we get to decamp irrespective of the result, win, lose or draw. There's some rest and relaxation followed by practice and then you go out again and focus on the next game.

For some reason people think it's the same in business; in so much that we're going to miraculously go out, score loads of goals and win in business and that's it.

The reality is that in business, building business resilience is an infinite game, and @Simon Sinek wrote a book about it, where the only real competitor in business is yourself. He introduces it in this short video:

He talks about if you want to get to doing $10,000/mth in sales and achieve it, that's great...but what happens next?

You hit $10k and then want to hit $20k and so on. It never ends, the game is infinite. During this infinite games you're going to have skirmishes, like a war, you prepare for battle, you go into battle, you lose some troops, someone declares themselves victorious then you retreat, recover...and do it all over again!

The ultimate loss in business is when you feel you've lost too many battles and in business terms ultimately give up.

There are people out there who simply love the battle, they love fighting the war. They don't care about winning clients or making money. They just enjoy the energy and process from running a business.

Therefore, resilience in business isn't really a "thing" unless you are losing the battle with yourself and maybe aren't enjoying the process of running a business.

When things start to go wrong in business and we take them on board as a personal assault on us, especially when they're out of our control, like COVID, there's nothing we can do to influence it.

Resilience in Business comes from facing up to those external circumstances and accepting that they are just the norm. You have to carry on regardless. If you start to change your tactics and give those external factors energy, you are allowing them to win.

When we start pivoting wildly and trying too many new ideas that aren't battle-tested we open ourselves up to being flanked and overwhelmed by the opposition (remember here that the opposition is yourself!).

Resilience in business means doing much of the same when the chips are down because you know that process works. Obviously with small, incremental improvements.

When external factors, naysayers, difficult clients, or whatever is happening outside of my control appear, and they will in business, you've got to ignore them, don't give them energy.

It is JUST A PART OF THE PROCESS.

There's no point in giving it power.

There's no point in turning it into a negative emotion, it doesn't serve any purpose.

It's a bit like jumping out an aeroplane but it's not happening for another three weeks. If I spend the next three weeks worrying about it, giving it energy, it's not going to make it any better, in my mind it will only make it worse!

The only time you have to worry about jumping out of an aeroplane is when you're at 10,000 feet, strapped to your instructor and at the door about to jump out. That's when you should worry!

Being resilient means ignoring that worry/stress up until the point when we enter into battle.

In business we catastrophise, but the reality is the little skirmishes you enter into aren't catastrophic to your business. They're merely annoyances.

Being more resilient in business is nothing more than starting to find a way to empower yourself to enjoy these little skirmishes.

If you want to know more about Fearless Business:
► https://fearless.biz/