What is Public Relations & How Does it Benefit a Non-profit? 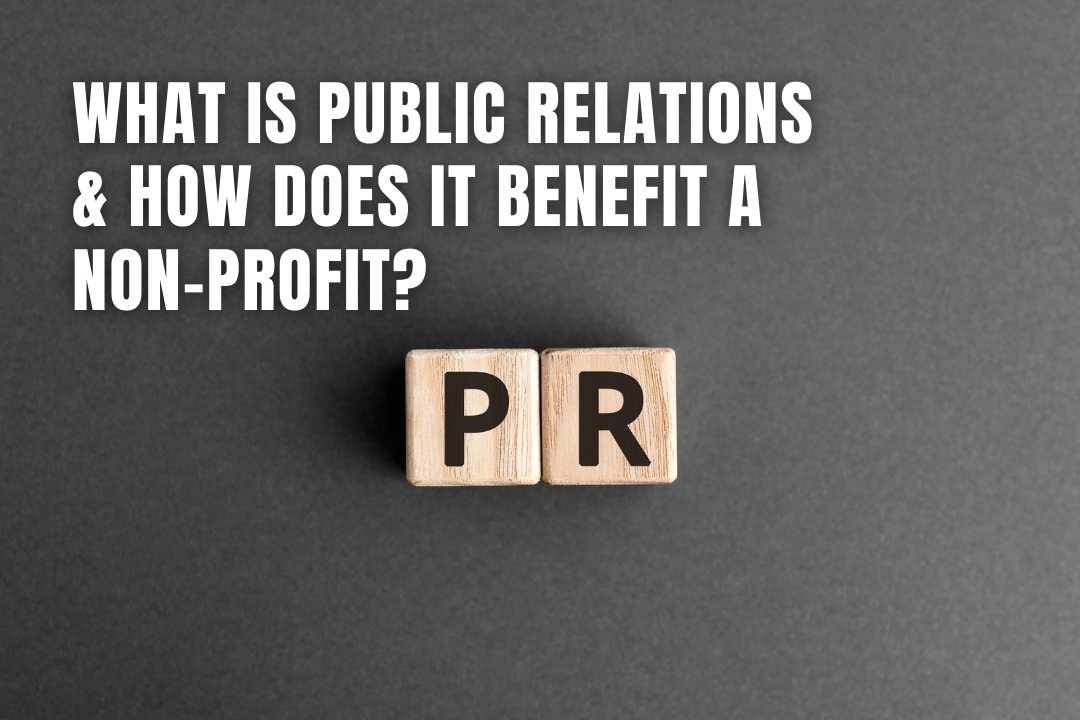 Public relations (commonly known as "PR") is often done to generate publicity and promote a person, business or in the case of this article, a non-profit organisation. A non profit PR campaign focuses on getting this type of organisation coverage on social media, websites, newspapers (online & off) and to gain more exposure which can result in more volunteers and funds via fundraising and donations.

It's challenging for nonprofits to hire a nonprofit PR agency as their budgets are already tight. I'm here to share that a nonprofit organisation can benefit greatly investing in PR. Reasons to use nonprofit PR solutions is that it will help increase both awareness of your message to prospective supporters and fundraising efforts which can increase the amount of donors & support. Ways non-profit PR can help do this is to strengthen the nonprofit organiations credibility showcasing they do what their mission states, especially from the hard earned donor dollars it receives.

Once more non-profits know the fundamentals of how nonprofit PR can help their organisation, it will increase the amount of nonprofits that use this form of marketing. Better yet, working with a nonprofit agency who specialises in nonprofit public relations that brings the highest amount of return in investment possible, is a step in the right direction. Once such non profit PR agency that helps these kinds of organisations, in both Georgia and other states across the United States, is "The Blake Agency".

The Blake Agency has 5-star ratings on their Google My Business page and has a wealth of case studies, references and proof of their effectiveness in delivering impactful public relations for nonprofits.

Credibility of a nonprofit is vital in securing both people & funds to help the organisation fulfill its mission on a daily basis. A nonprofit organisation can increase awareness of their credibility with PR by delivering messages showing how they do what they set out to do. This credibility can be showcased in various ways whether it be through speaking engagements - sharing stories of how they helped out a cause or people; "Earned Media" with storytelling highlighting the start and end (or present situation) of individuals who they helped, or a cause they helped carry out along with the numbers affected - such as "since January 14, 2021 the Nonprofit organisation XYZ has helped feed over 25,384 homeless in Atlanta during the pandemic."

Another way to increase credibility is to secure television interviews where a form of a traditional media outlet, news on the TV, gives you a stamp of approval. Through the efforts of an effective nonprofit public relations campaign, it will help get a nonprofit those interviews. Putting faces of a nonprofit organisation to the public can go a long way in showing that your non profit is serious and delivers upon their mission. Additional perks of this is that the television broadcast could be promoted online as well via platforms like YouTube, where it can be embedded on the nonprofits website and social media platforms to be promoted online, such as Facebook. In addition, other media outlets will likely be interested in sharing and promoting your organisation's information, since you have been featured by a news outlet which shows credibility. You can think of this as a huge return-on-investment on your nonprofit PR as the benefits of the promotion can continue for a long time from just one media placement.

A nonprofit can benefit from public relations to expand awareness of their organisation in targeted areas which can, for example, range from neighborhoods, cities & states.

Public Relations can help representatives/spokespeople of your nonprofit speak to people in targeted areas whether in person or virtually. This direct line of communication will connect your message with your targeted audience in specific areas to bring awareness and support to your nonprofit organisation.

Your nonprofit representative/spokesperson can share details of the great work done and the future work to be done, which can be aided by support from those donors and volunteers in the targeted area. The Blake Agency has several proven methods for doing this; just contact them to learn more regarding this aspect of their nonprofit public relations solutions.

A Press Release is a written communication that shares concise information about an event, product, or other situation. It's usually tied to a business or in this case, a nonprofit organisation, and provided to media through a variety of ways, offline and online via several platforms such as Cision. Press releases can be sent to newspapers, journalists, influencers & others.

Impactful Press Releases, when done effectively, is a sure fire way to get a nonprofit organisations name brought to the attention of the public within targeted demographic areas to acquire more supporters. A press release for a nonprofit should share concise information about its organisation, cause and any upcoming events such as fundraisers. Other than a nonprofit creating their own press release, a proven nonprofit pr agency like The Blake Agency, can craft a highly effective press release combined with the knowledge of how and where to send them to provide the nonprofit the greatest impact & return on investment.

Get the Benefits of Effective Public Relations for Nonprofits

By investing in nonprofit PR, even on a small scale or budget, a nonprofit organisation can increase awareness and donors among targeted audiences they want to reach and continue to help those aligned with their mission goals.

If you are a nonprofit looking to invest in Public Relations, reach out to The Blake Agency and see how their nonprofit PR solutions can benefit your organisation.

The Blake Agency is a top nonprofit public relations agency in Atlanta with case studies, reviews & references to prove it! They serve many clients with various forms of public relations nation-wide, focusing on quick results and high return on investment. Do you seek Nonprofit Public Relations?, a Tech PR agency?, Retail Public Relations? or Franchise PR? If so, The Blake Agency is your #1 choice!