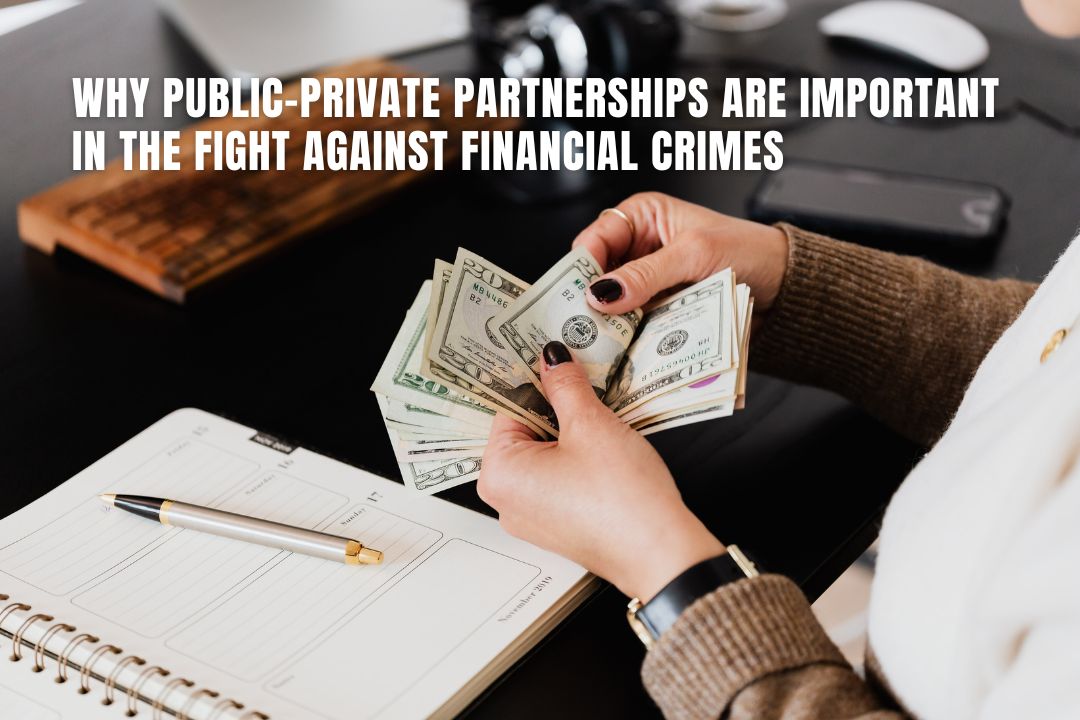 Money launderers and other financial criminals have historically relied on disconnects between financial institutions and law enforcement to get away with their crimes. Even as more banks and other financial institutions (FIs) gain access to formidable anti money laundering (AML) technologies featuring advanced artificial intelligence (AI) and machine learning (ML) capabilities, tech-savvy criminals are still often able to evade responsibility due to the challenges in inter-organisational intelligence sharing.

Indeed, the stakes can be quite high. Terrorists, drug cartels, rogue governments, and other destabilising forces commit financial crimes to fund their international operations, after all. Failing to stop them can result in the devastation of communities and a breakdown of social order. These activities may even create existential threats against entire nations and economic blocs.

Given this, expanded public-private partnerships (PPPs) between the world’s FIs and law enforcement agencies are now being pursued to prevent financial crimes as well as mitigate the damage they can bring.

Here are some of the notable benefits of wider PPPs in fighting financial crimes:

FIs all over the world file millions of SARs as part of AML compliance. However, law enforcement agencies do not necessarily provide FIs with an idea about what they are looking for when they build a case. Neither are most FIs necessarily aware of what law enforcement teams need. These situations can cause AML resources to be inefficiently utilised, resulting in a higher cost to resolve each case.

Closer cooperation should not only bring down the cost to manage SARs, but also speed up the identification of actual financial crimes and the methodologies used by criminals. PPPs can provide the framework with which hundreds of different FIs and government agencies can close information gaps that criminals rely on to avoid detection.

The high-risk, high-reward nature of their activities means that financial criminals are under extreme pressure to constantly innovate. The specific methods they use to move dirty money change in response to new laws, banking guidelines, and technologies. Unless authorities happen to have advanced intel on these new methods, financial criminals can often deal a lot of damage before their crimes and techniques are identified.

PPPs will make it easier for FIs and law enforcement to quickly disseminate information on how these novel frauds are perpetrated. When used together with banking platforms that employ machine learning algorithms, PPPs can help effectively mitigate the damage caused by these new fraud strategies, preventing criminals from using the same method multiple times. In this way, PPPs can also serve to better protect the wider financial system as well as the communities it serves.

Because financial crimes occur within the infrastructure that they manage, financial institutions are most likely to be the first to spot evidence of them. However, false positives comprise an overwhelming majority of flagged transactions, requiring significant resources to effectively sort. Sorting through these false positives can be made even more difficult if an FI’s AML experts do not have the latest intel on the methods used by financial criminals.

An expanded PPP can provide FIs with a means to more easily sort through false positives and spot evidence of past or ongoing financial crimes. Such an arrangement can permit law enforcement agencies and FIs to quickly learn about any novel approaches employed by criminals, thus quickly limiting the potential damage they could do. In this way, PPPs can help reduce the time it takes authorities to verify and prioritise threats to the financial system.

According to a 2017 Pew Research article, the increased use of digital platforms has paradoxically caused a loss of trust in banks, even if people are using those very same platforms to buy more products and services. And while the mainstream financial system is still broadly trusted, the recent rise of purported alternatives through neobanks, cryptocurrencies, and fintech companies may be an indication of that trust eroding.

While there are many reasons behind this mistrust in FIs, one of the salient points is that most consumers understand how vulnerable FIs are to cybercriminals. Continued growth in cybercrimes and slow action from FIs and public authorities on AML issues may contribute to further degradation of that trust, causing them to put their faith in less stable alternative systems.

PPPs may be one of the best actions FIs and governments can do to rebuild this trust. The more effectively authorities can share information, the more difficult it will be for criminals to exploit knowledge gaps between private and public institutions. This should lead to a reduction in cybercrime, giving fewer reasons for consumers to prefer alternative finance systems.

Thus, PPPs may ultimately be critical for not only denying malicious actors a method to move funds, but also for further stabilising a system that is now facing multiple credible threats.

Information gaps that benefit criminals can be closed by making FIs and law enforcement agencies part of the same collaborative framework. PPPs offer a fresh approach that facilitates closer cooperation between different FIs and government bodies. Additionally, PPPs can help facilitate the exchange of information as well as bring a variety of useful perspectives to financial crime intel and analysis.

When developed and implemented conscientiously, PPPs can result in the reduction of AML compliance costs and better responsiveness to financial crimes. This will ultimately help the global community by limiting the capacity of malicious actors to do harm while, at the same time, laying the foundations of a more stable financial system.