Growing Your Digital Presence to Compete in 2021 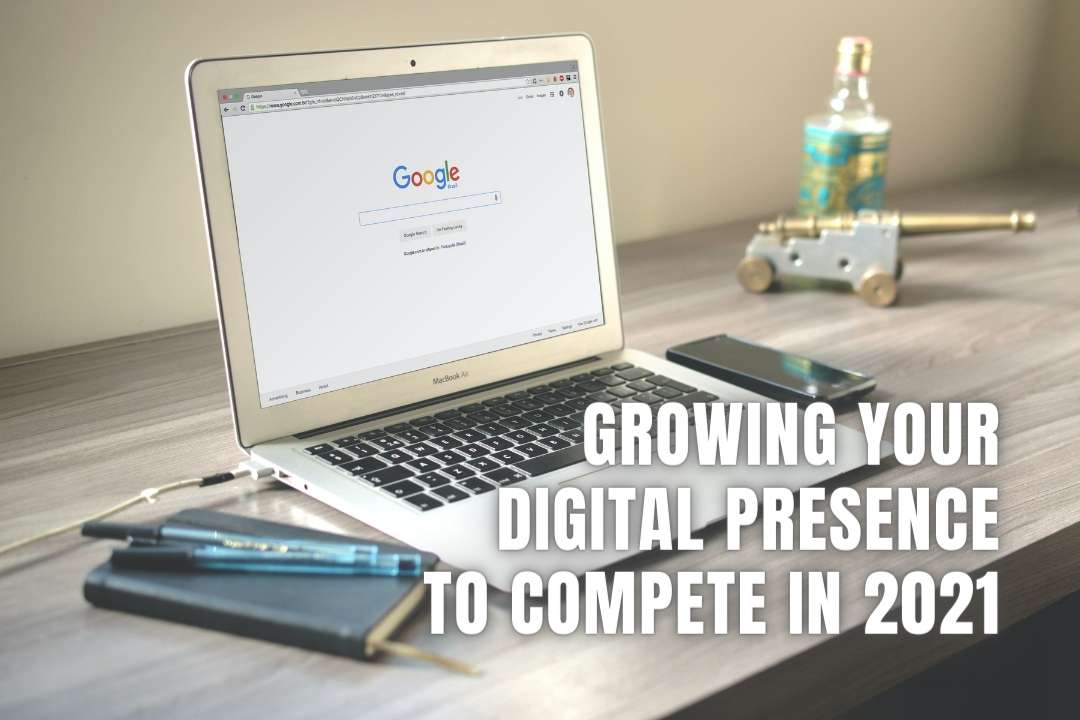 Let’s face it. This year has been extremely tough for businesses. Whether that’s acting as a solopreneur, a freelancer looking to grow to a fully-fledged operation with employees, or something larger still.

Looking ahead to 2021, it’s difficult to know how everything will unfold. But what we do know is that with a larger digital presence, they’ll be a greater number of potential touchpoints with likely customers, and with that comes more opportunity.

Now let’s look at how that can be achieved.

Either your website is impressive and stands out from an increasingly busy crowd operating in the same industry or it fails to make its mark.

Perhaps it was originally done on the cheap with a free WordPress theme, a free logo put together on Canva, and frankly, it shows! When visitors and/or customers have already muttered something about the website being a bit basic, then that’s a sure signal that something must be done!

Use a qualified WordPress development agency this time. Don’t try to do something a little better than before all by yourself. The outcome will be far better when you get professional designers to create something that stands out, serves the visitors’ interests better, and does its job well. White Label Coders are ready and waiting to help create something that you and your customers will love. They can work with agencies and clients.

Whether you’re a youthful founder or social media seems a little like something “for younger people”, it’s no time to hang around.

Social media is here to stay and it’s increasingly influential. The Global Digital Report from WeAreSocial.com confirmed that in 2019 social media penetration had reached 67% in the UK across all age groups. While this is skewed towards the younger aged users rather than the elderly, there’s increased adoption and the market has now matured compared to a few years ago. Almost two hours every day was spent using social media in January 2019, which gives pause for thought.

Reprioritizing promotional efforts around social media channels is worthwhile. While it doesn’t always lead directly to sales, it ensures that the brand is promoted to avoid it falling out of favour or being forgotten entirely due to a lack of visibility.

While many offline events have been delayed until sometime in 2021, other event organisers have chosen to convert to virtual expos and other alternative means to run their event undeterred.

There will certainly be some companies that were enthusiastic about offering sponsorship of a physical event but who sat back when it came to a virtual one. This represents a window of opportunity for enterprising business owners who are intent on growing their online presence across all forms rather than stagnating or retarding their growth.

To come out stronger in the years to come, it’s necessary for companies to not pull back from their digital presence. Going into a protective shell and avoiding growing their digital presence will be costly. It allows competitors the chance to surge ahead. Don’t get left behind due to fear over present uncertainty.

Photo by Caio from Pexels