Learning From The Mistakes Of Others With Responsible Recycling 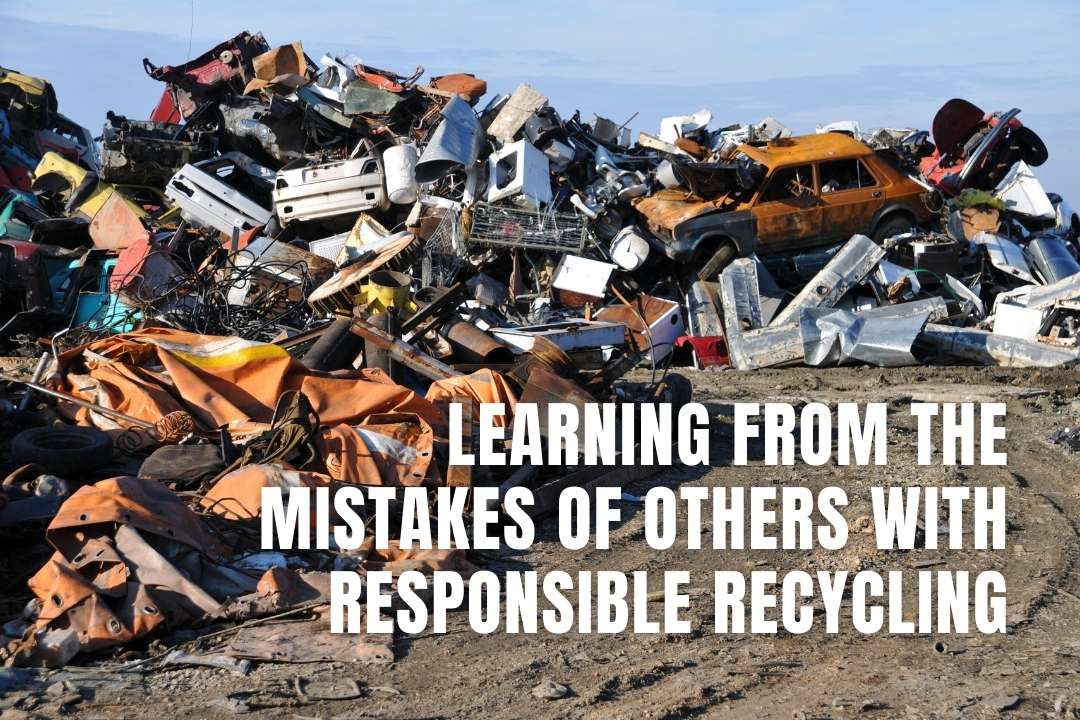 Daniels Recycling, a firm based in Warrington, has been prosecuted for exporting electrical waste to West Africa. WEEE (Waste Electrical and Electronic Equipment) is a huge global problem, and developing nations are bearing the brunt of it. E-waste is being dumped in these locations and causing severe damage to the environment and human health because of the toxins that are present within the likes of old computers, microwaves, televisions, mobile phones, and such like. Daniels Recycling has been fined £130,000 for the role they have played in the issue and one of the company’s directors, Mark Daniels, received a nine-month suspended sentence.

Towards the close of 2015, Daniels Recycling pleaded guilty to illegally exporting electrical waste to West Africa. Married couple Lynn Gallop, 52, and Mark Daniels, 51, run the company. Between 2011 and 2015, they were found to have exported 187 tonnes of WEEE to Togo, Gambia, Tanzania, the Ivory Coast, Ghana, and Nigeria. Their actions were discovered when 11 shipping containers were found; they were full of electrical and electronic waste, and they were stopped before making their way to Tanzania, Gambia, and Nigeria. These containers were said to be 40-foot, with each one containing approximately 15 tonnes of e-waste. The company had attempted to disguise their actions by wrapping items at the front so that the equipment appeared as if it was working products. However, broken second-hand goods, such as fridge freezers and cathode ray televisions were found at the back. These items are exceptionally hazardous.

This is, of course, in direct contrast to the IT equipment disposal process that is mentioned on the company’s website. They promise that all IT equipment will be refurbished, reused, or recycled. If this case sounds familiar, it may be because you have heard about it before, as there was a BBC Panorama programme based on e-waste, which featured the company. In the programme, a hidden tracking device was attached to a television that was no longer working. This was left in South London at a civic amenity site. The programme showed that the television was tracked back to a waste site in Warrington that was owned by Daniels Recycling. The television was then tracked to Felixstowe Port, and officers found it in a shipping container. This programme served as crucial evidence during the case.

So, what exactly is the law that they were breaking? Well, it is crystal clear – it is illegal to send any hazardous electronic waste to developing countries from the United Kingdom. You can export electronic items to developing nations for the purpose of resale, however, as there is a market for second-hand goods. But, the items that Daniels Recycling was exporting were not suitable for second-hand use. Another company, M2 Ventures Limited, purchased the waste from Daniels Recycling, and they have pleaded guilty to exporting six of the containers.

When it comes to acting responsibly, whether in the recycling sector or the construction industry, one thing we should never do is cut corners when it comes to our responsibilities.

To conclude, the rules regarding WEEE are in place to protect not only the environment but human life too. They should, under no circumstances, be ignored, which is why Daniels Recycling suffered the consequences.