The Best Online Video Editing Software for Windows or Mac 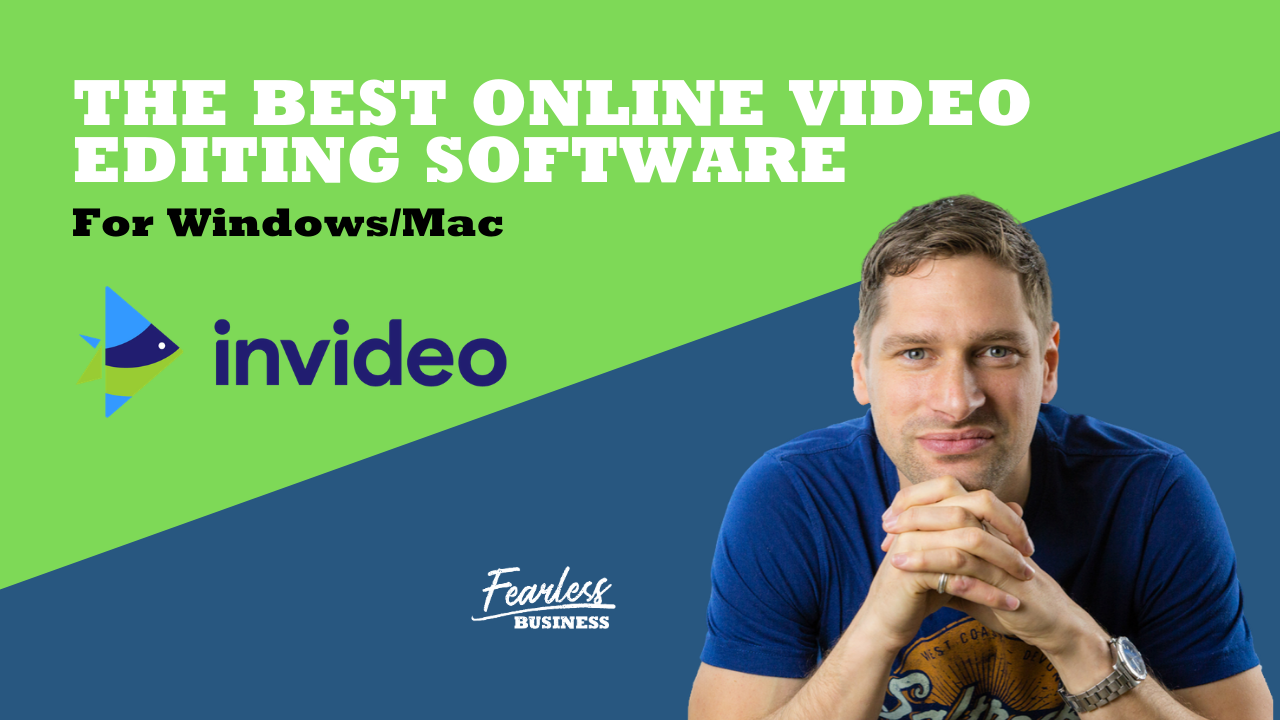 However, you've only ever really been left with two choices up until now, which are to hire a professional videographer, or to get deep down and dirty learning Adobe Premiere Pro and all the technical side of editing your own videos.

Quite frankly, they are both very time-consuming and are very expensive.

There is a much better option out there, which I'm about to introduce you to, which is an app called InVideo:

You can check out InVideo for yourself here:
► https://invideo.io?ref=robinwaite2

By the way, if you enjoy this video at all, please do hit the thumbs-up button to like the video and/or hit the red subscribe button. It just helps to grow the community.

You'll be able to see other videos which I'm producing: similar tips for coaches, consultants, and freelancers who want to produce great quality content for their social media channels.

When you first register for an account with InVideo, you'll get greeted by their welcome screen, which gives you access to various different InVideo templates which they've got set up for you.

But, there's one thing which you need to do before you get stuck into creating your first video and that is to set the brand presets. This is a relatively straightforward process, which I'm just going to take you through very quickly.

First of all, update your brand name. I found it helped to have a style guide which has got your fonts, your colours, your logos, things like that already laid out, which I do have.

Gradually build up your brand using the very simple interface which they've got in InVideo.

My font, Rockwell Extra Bold, isn't actually on here, so my secondary font, Roboto, is one I tend to fall back to, and I will go for Roboto Slab because it's got that serif slab effect on the logo, on the font.

They do accept various different versions of it: PNG, JPEG, etc, so we'll go for Fearless Business. And here we go, various different square ones. I’ll go with this one here and it will go through and process it.

Once your logo is uploaded the interface automatically suggesting colours, that's helpful. Which colours has it picked out? It picked out my primary red, the colours from your text and various things like that. I’ did end up changing them though as the colour scheme it automatically picked wasn’t 100%, and there we go.

Power your Business with Unlimited Videos

There are several great alternatives, such as the Promo Video Editor, which allows you to easily create compelling video ads, social media videos, product videos, explainer videos and more. The perfect solution for giving your brand a voice at scale.

During the demo video (above) I created an end clip; InVideo uses your logo unless you create your own personalised end clips. The end clips can be horizontal, vertical, or square, but obviously, one of the reasons why it uses your square logo is because that fits into the various different video formats that all of the social media channels accept. And it's as simple as that.

So now, brand presets saved, and we can go into the process of starting to create a video.

One of the things which I'd really struggled to do with Adobe Premiere is to produce an eight or ten second drop-in intro to my videos because animations in Premiere are an absolute nightmare.

One of the beautiful things about InVideo is that there are pre-made templates that allow you to do this really easily. In the demo I very quickly show you the basic interface using a blank template, and how easy it is to create animations and effects in just a matter of minutes.

Immediately you'll see it automatically adds your branding to the top right-hand corner of each new video you create, which is pretty cool, and also, the background colour is from the branding templates, which I created earlier on.

The defaults are so good that you can leave the presets pretty much as they are. In the example drop-in video I use a simple smoke effect which sat behind my logo.

When I previewed that, you can see that it's got this pre-built smoke animation already built into it, which is fantastic.

The next thing which I wanted to do was take our logo and drop that in so that whatever we're doing here represents our brand. The interface is incredibly intuitive.

Other Functionality in InVideo

I haven't spent a huge amount of time kind of looking around this because some of the obvious stuff is just there straightaway.

One of the things which I particularly liked about this was that if you were building content video for a specific channel, you could go and drop in things like social media credits. In the example I give, I produced the video for YouTube. You can simply go and grab the YouTube social media credit, align it to the centre line, quickly change the text to your own YouTube slug, and there you go. Done!

In the preview the smoke effect comes across the Fearless Business logo and the new social media credit drops in.

If we wanted to, find a way to animate this, my logo, as well.

InVideo has got this amazing music library, which you can also use for your videos.

I quite like the one called "1973" and I ended up using it in my video drop-in/intro. Annoyingly it doesn't give you the music on the preview though. You need to export the video before you can hear the audio with it

It's nice and simple for the sake of the InVideo video that I'm producing. You may of course have recognised that introduction (from the attached video). Obviously, I created the drop-in with InVideo!!

Another great feature which they've got is this article-to-video option. I went with the standard 16x9 video using one of their pre-built templates again. The template I chose is called “Clarity”, and I went with the wide one.

The next bit is a great feature where it auto-suggests images and video based on the text within your article. You can upload your scripts and what not, but one of the things I'm gonna do is just go straight in and add a URL. It is a beta feature and so was a little glitchy (it didn’t suggest any videos at all for my article!) but hopefully those will be ironed out soon.

It automatically grabs the title, header, and then pulls out all of these various different content suggestions. The storyboard interface is just really simple to use and you can use that to search for and find videos to drop in. These are all copyright-free videos to use in your own videos.

Using the “Search” feature I searched for “business” which brought up lots of different videos. You just drag this video into the storyboard, and it’s done!

Dependent on the amount of text you've got in the video scene determines how long each video clip should be. What you need to do is, grab your video, and if you need a five second snippet ensure the video selection is only 5 seconds long which gives you a trim duration of five seconds.

Previewing the video gives you an opportunity to read the text and see what video is going on in the background. It automatically overlays the text for each of the various different scenes which it's created.

One of the things I forgot to tell you about is there's this basic storyboard editor, and there's the advanced editor.

One of the cool things about the advanced one is you get more options over the branding, and that's something which you can finesse further down the line.

Is literally as easy as clicking a button to export the video and away you go. One of the areas where I feel that this is particularly strong, will be for something like Instagram carousel posts.

Instagram gives you the option to put up to ten images or videos into a post, and a lot of people just upload one post, whereas what you could do is have a carousel with say, for example, ten little snippet videos explaining something to your end user.

The first one could be an intro slide, just an image. Then, the last one could be an outro slide, for the call to action on it. Sandwiched in between you could have eight little 60 second videos, which take people on a journey to explain something to them.

Carousel posts will get really great engagement if you do that.

I've introduced you to three basic features on InVideo.

We had a very quick look at the brand presets.

I introduced you into the template formatter, which is great for creating basic animations and intros for your videos.

And then finally, the article-to-video feature, where it takes the content from a blog article which you've written and drops it into a video. Where you can very quickly and easily just cut in those different royalty-free, copyright-free videos from their library.

InVideo is a great tool, I thoroughly recommend it.

Very quickly and efficiently you can create these great, engaging videos for your channels.

Don't forget to check out InVideo. It's a great app, it's very inexpensive, and it makes the whole process of producing video that much easier.

Hopefully you've enjoyed this video. If you did, please don't forget to hit the thumbs-up, the like button, and/or subscribe to my YouTube Channel. It just helps other people to find this channel, and enjoy the great quality video content which I'm putting out there, and the great tips which you've just discovered.